What is Distributed Computing?

Distributed computing is a model in which software system components are shared across different computers. Although the components are spread over several computers, they operate as a single system. This is typically designed to increase productivity, fault tolerance, and overall performance.

Distributed systems are defined by their structure. A typical distributed system would contain many interconnected devices, each of which runs its software but is influenced by receiving messages, monitoring shared-memory changes, or the statuses of other devices. Distributed systems span from basic techniques in which a single client communicates with a single server to massive amorphous networks such as the internet.

The architecture of distributed computing is defined by several hardware and software levels. At a more fundamental level, it is essential to connect numerous central processing units (CPUs) via some form of network, whether that network is inscribed onto a circuit board or is composed of loosely related devices and connections. At a higher level, some communication mechanism is required to connect processes operating on those CPUs. Some of the basic architectures of distributed computing are: client-server, three-tier, n-tier, and peer-to-peer

A Client-server is an architecture where one or more client devices query a server for data, and the server responds back to each client. When client-server applications first became popular, clients would often be far lower cost and less powerful than the server. Sharing the server in this way would reduce the total cost of the system. Some people no longer consider client-server to be an example of distributed computing as the system components mostly reside on the server, rather than being distributed more widely.

Three-tier architectures introduce an additional tier to the client-server model, often called the agent tier.  The agent tier holds the client data, so the client no longer has to manage its own information. Many web apps are three-tiered.

n-tier, also called multi-tiered, is an architecture often used by web apps that route queries to multiple web services. An n-tier system typically separates processing, data management and presentation functions, with each component being hosted on a different machine or machine cluster. Separating each component can make the overall system easier to maintain, manage and scale.

Peer-to-peer architectures lack specific computers that deliver services or regulate network resources. However, all duties are evenly distributed across all machines, referred to as peers. Peers can act as both clients and servers. Examples of peer-to-peer architecture are BitTorrent and the bitcoin network. 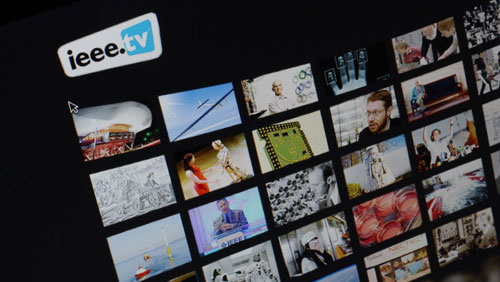 The Convergence of OT and IT, the Next Digital Wave - 2018 IEEE Industry Summit on the Future of Computing

A Smart Grid for Intelligent Energy Use

IEEE Digital Reality: Power of AI: AI/ML in the Era of 5G and Beyond

Federated Learning: State of the Art, Current Trends and Challenges